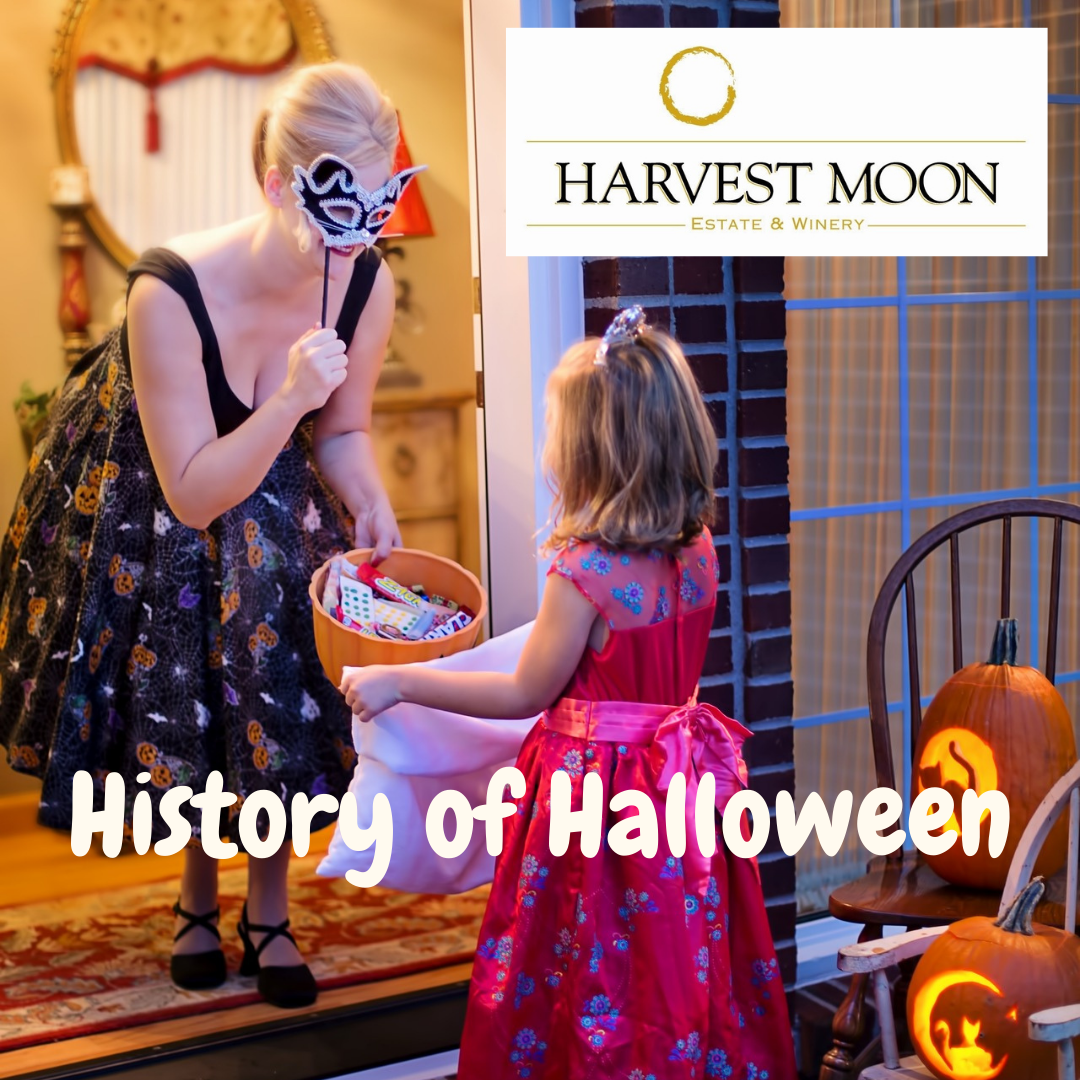 The history of Halloween begins about 2000 years ago with an ancient, pre-Christian Celtic festival called Samhain. It was celebrated on the night of October 31, when it was believed that the dead returned to earth. On this sacred night, people gathered to light bonfires, offer sacrifices and pay homage to the dead.

During the Samhain celebrations, villagers would disguise themselves in costumes made of animal skins to drive away phantom visitors. They prepared banquet tables and left out food to appease any unwelcome spirits.

As centuries passed, the traditions changed to people dressing as ghosts and demons and performing pranks in exchange for food and drink. This custom, known as mumming, dates back to the Middle Ages and was the first form of trick or treating.

In the ninth century, Christianity had spread to the Celtic lands and in 1000 A.D., the church named November 2 as All Soul’s Day, a time to honor the dead. The celebrations in England were similar to the Celtic Samhain and included bonfires and masquerades. Poor people would visit the houses of wealthier families and collect pastries called soul cakes in exchange for a promise to pray for the wealthy family’s dead relatives. This practice, known as "souling," was later taken up by children, who would go from door to door asking for gifts such as food, money and ale.

In Scotland and Ireland, young people participated in a tradition called guising–dressing up in costume and accepting offerings from various households. Rather than agreeing to pray for the dead, they would sing a song, recite a poem, tell a joke or perform another sort of “trick” before collecting their treat, which typically consisted of fruit, nuts or coins.

The traditions of souling and guising made their way to the United States and by the 1920s, pranks had become the Halloween activity of choice for rowdy young people.

During the Great Depression, Halloween mischief turned into vandalism and physical assaults. According to one theory, this trouble led to the widespread adoption of an organized, community-based trick or treating tradition in the 1930s. Thanks to the start of World War II, this trend was abruptly stopped when sugar rationing meant there were few treats to hand out. Usher in the postwar baby boom era, when trick or treating reclaimed its place among Halloween traditions.